At the weekend we hit the big smoke with the two kids. John and I lived there for ten years before moving to our current home so always relish the opportunity to go back. We are lucky living near Guildford that it’s so accessible. We did, however, pick a day where there was engineering works, so what would usually be a 35 minute journey turned into an hour and 15 minutes. No biggy we thought, but one forgets that a two year olds love of trains may diminish rather quickly. So, ten episodes of Peppa Pig, two packets of cheddars, raisins, fruit rolls, numerous games of join the dots, four meltdowns and one painful 10 minutes of toddler restraining later and we arrive at Waterloo! Phew we thought, though the tears didn’t stop there! Miss Maggie is teething and it appeared to reach its pain pinnacle just as we stepped off the train. A quick dash to buy calpol was required as was the obligatory purchase of vastly over priced kids magazines, (we thought this would ensure a more peaceful lunch).

Oh and did I mention we happened to pick one of the coldest days so each mini person was kitted out with a hat, oversized gloves, scarf and enormous coat! An array of items which add to the inevitable ‘losing something’ odds!

We headed for the Southbank as thats where we were meeting our friends. I’m always so happy along the river and particularly the Southbank. Many leisurely walks, runs, drinks and dinner dates have been had a long this stretch of water, so it was great to have a family day here. By this point the calpol was doing its thing and a certain level of calm had been restored. We met our friends for lunch and against all the odds (with four children under the age of four), we had a great time and managed to catch up and converse.

Post lunch we had another wander up the river towards the London Eye and stopped at a couple of street entertainers. It was the balloons they got at lunch that proved the biggest hit however, they just loved running up and down with them. 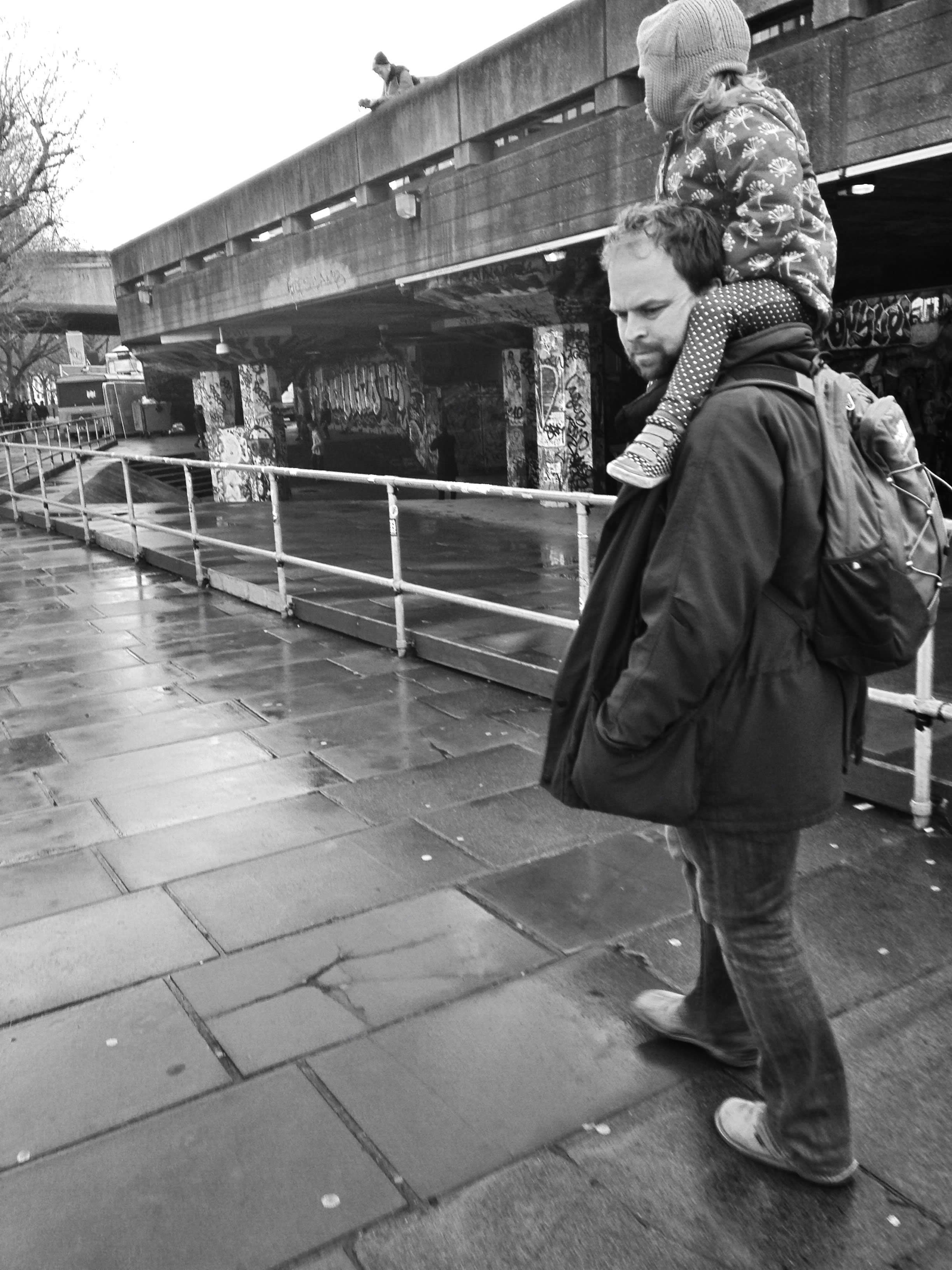 With it being so cold and Miss M not on top form we didn’t want to push our luck so decided to head back to the station to go home. I wasn’t relishing the return journey, but it was actually fairly painless. Peppa Pig was once again our saviour and John spent much of the journey colouring in princesses with Miss Edith! We got home in one piece and without losing an item of clothing. A miracle!

It also made me realise that whilst days out with the kids are at times challenging and you often wonder why you are putting yourself through it, it’s definitely worth it. The smiles, laughter and seeing their faces see something for the first time is something I will never tire of.