A few weeks ago I wrote a post about Miss Edith’s impending journey into school. Now she has started and we are in week three I thought it might be nice to follow it up with how things are progressing.

Day one arrived pretty quickly and it was filled with both excitement and nerves, the latter being felt by me and not Miss E! She happily put on her rather large uniform and carefully chose her clip for the big day! Naturally we had the obligatory ‘front door first day at school’ shots and all was going swimmingly. 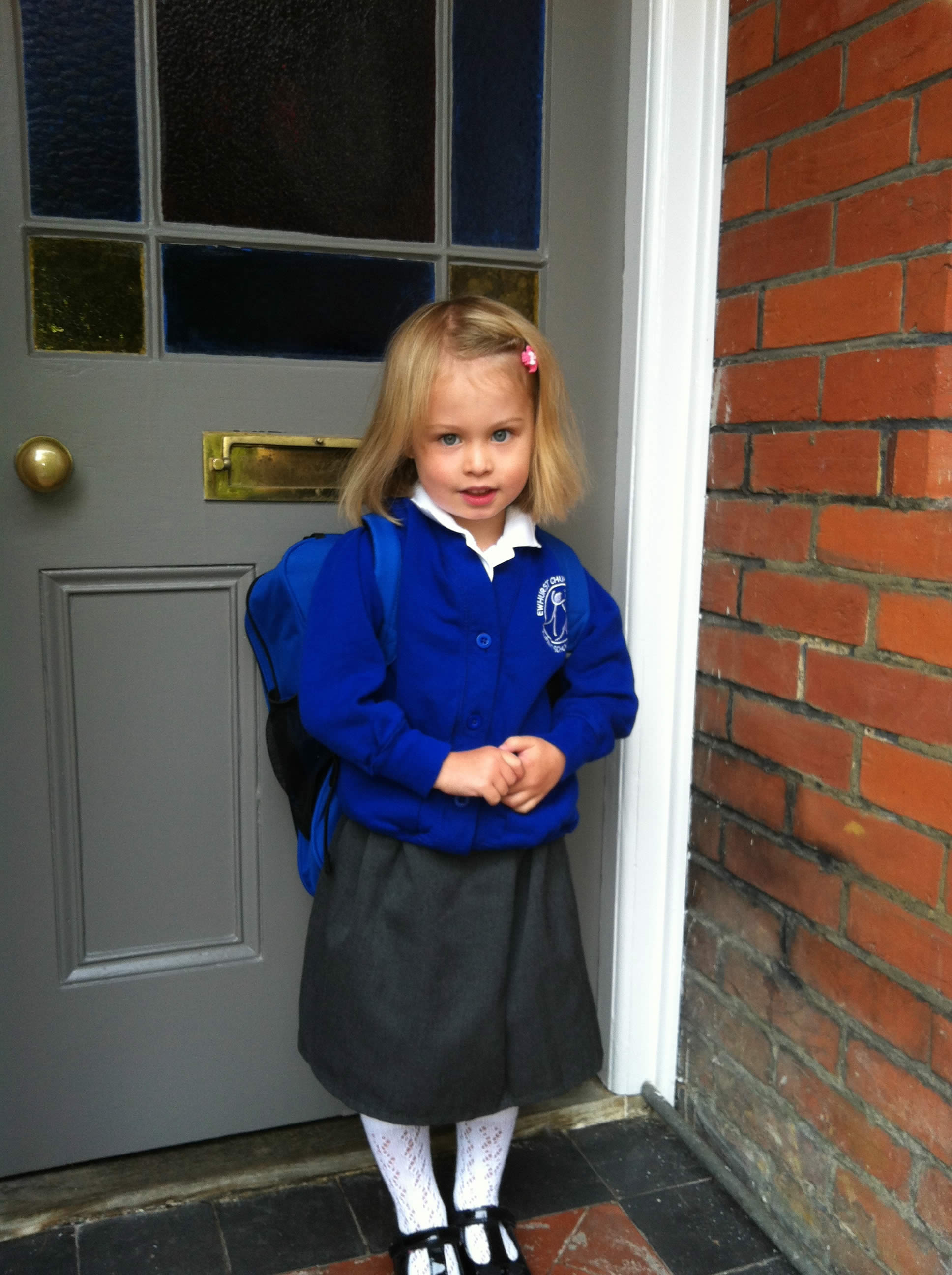 Only issue was when we asked Maggie to remove herself from some of the photos so we can have one of Edith on her own. Cue a special Maggie meltdown which was only resolved when she was positioned back with elder sibling, bag in hand and cheesy smile in place! 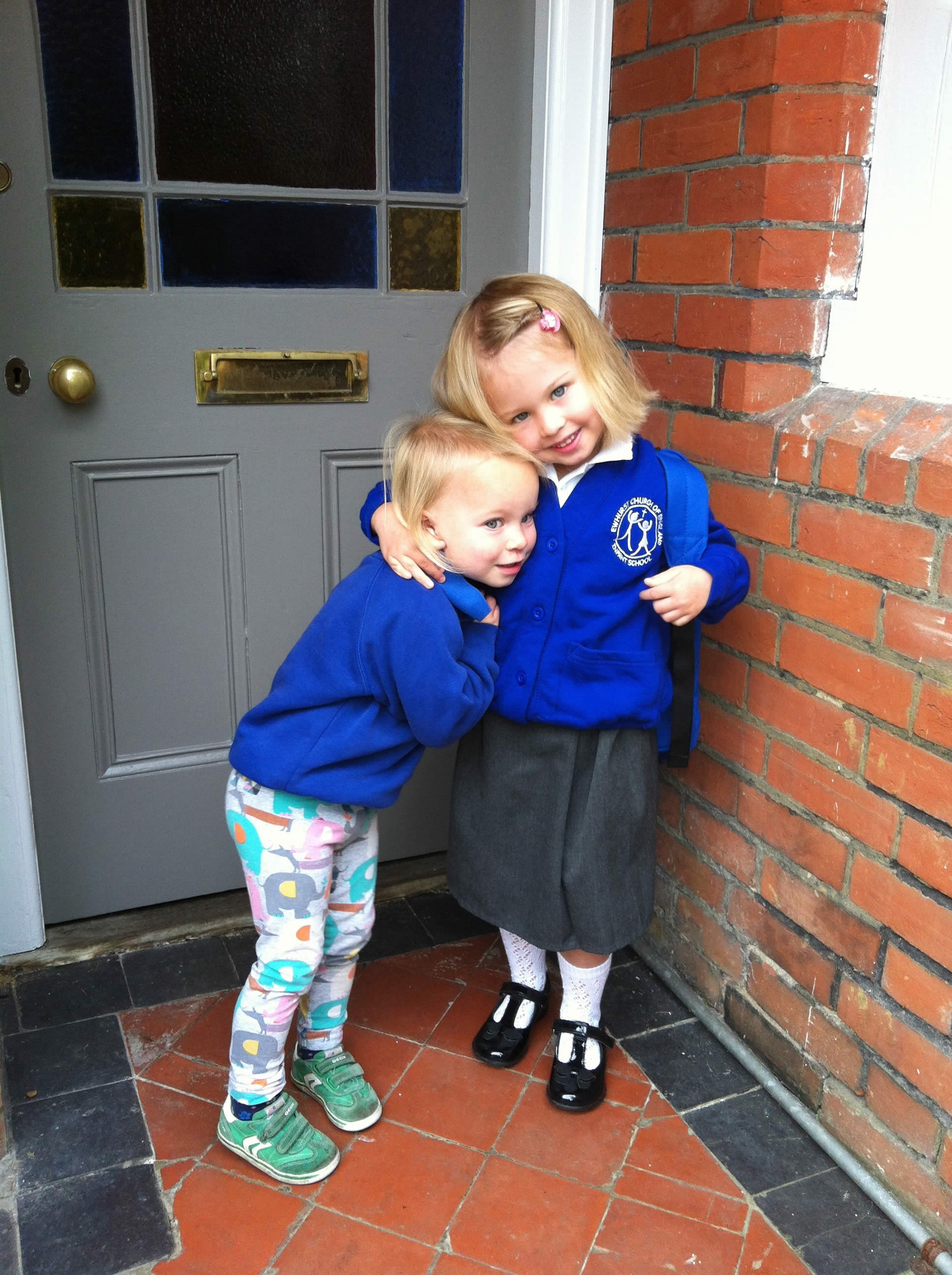 Edith and Maggie set off hand in hand which warmed my heart and caused a welling of the eyes! I quickly pulled myself together and in no time at all we were ready to go in. 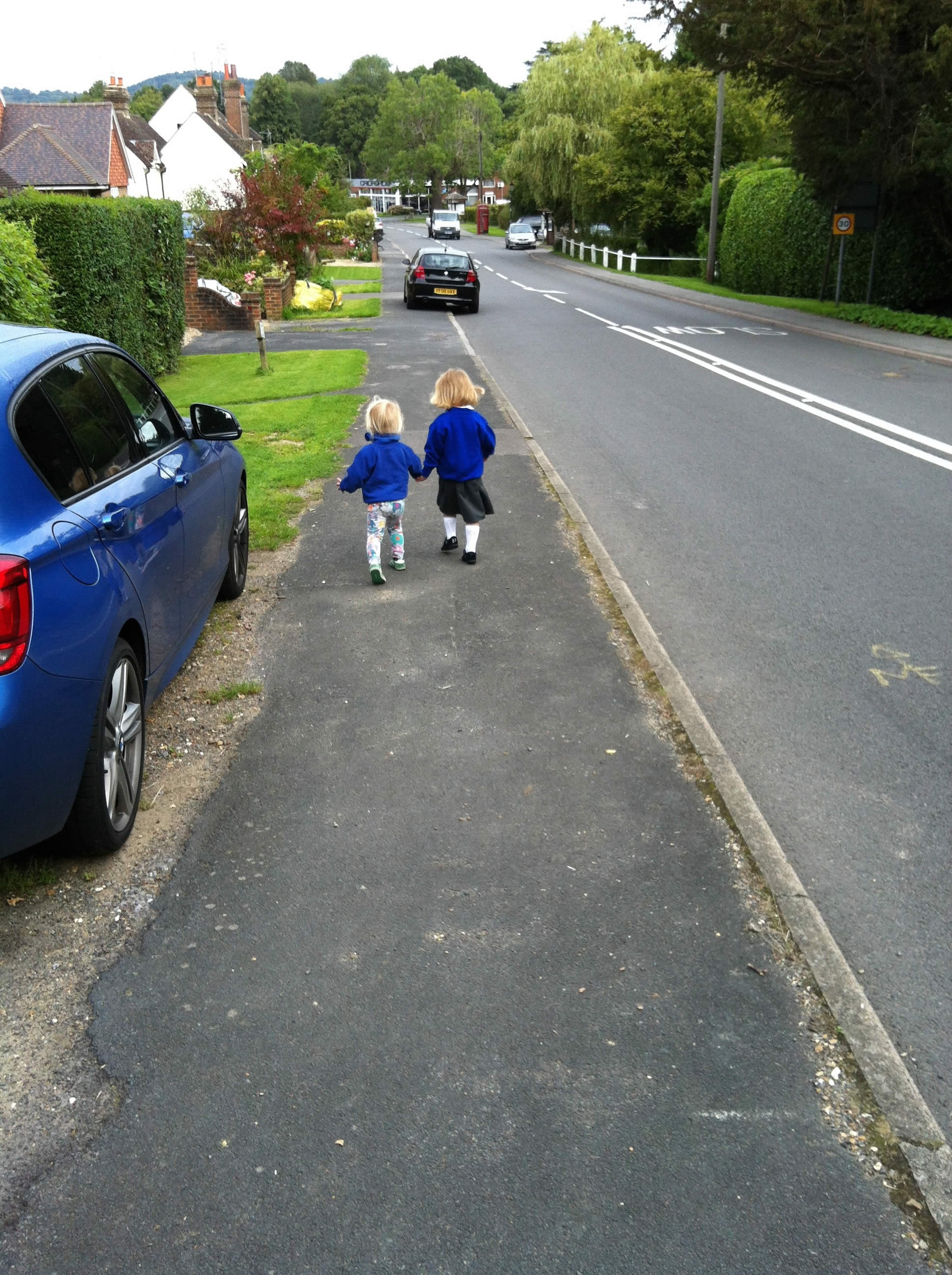 Edith went in with two of her friends which was really lovely and made everything seem familiar and less overwhelming. We headed inside and were greeted by their teacher and the headmistress. Soon enough we were saying our goodbyes and wishing them a lovely day. I have to admit that at this point the eyes more than welled up and if it wasn’t for the headmistress bringing us back to earth the tears would have flowed and I would have been a blubbering wreck!

The next day we went in at the normal time and were joined in the playground with all the other children. It was really great to see Edith run off and find her friends straight away. Suffice to say Maggie got involved too, she never likes to miss out! The best bit was when the bell rang and all the reception class had to form a circle. One child is then led off into the classroom and the rest should follow. Well, follow they did not and instead there was confusion and many a vacant look with children either rooted to the spot or heading in the wrong direction. It was brilliant to watch and they still haven’t mastered it!

The first week went fairly quickly because the reception class were only subjected to half days. Things would obviously ramp up in week two when half days turned to full ones and I was expecting tiredness to hit an all time high. Whilst this has happened it has come out in Edith being more hyper than a flaking mini person on the sofa. This is manageable until we hit bedtime and the ‘i’m not tired’ protests begin. The new one this week is that her bed just isn’t comfortable any more; I mean really, I have heard it all now! Bedtime has always been fairly non eventful so this has been the one thing which has tested me and has caused many a deep breathing moment in the hallway. Thankfully I have a fairly horizontal husband who is able to take this all in his stride and keep me in check!

Homework of sorts is already part of our daily routine and parent involvement is a must. I am quickly learning that I don’t know as much as I thought I did and this side of things will only increase!

It has been a massive learning experience for all involved and there is no doubt I have learnt a lot and come to realise many a thing. Here are just a few thoughts that have struck me this week:

We are now on the school journey and whilst there is still a bit of trepidation, it’s good to be finally on it. Whilst I’m not overly enjoying the new meltdowns I am very proud of Edith and how she has coped with her first foray into education! She’s rather brilliant.