The simple things in life – our family holiday in Cornwall

This time last week we were in the midst of our half term holiday in north Cornwall. We were adorned with sunny weather, unlike the rest of the country it seems, and therefore spent most of our days mucking about on the beach. It was without doubt one of the most relaxing and care free holidays as a family we have had. Obviously the glorious sunshine helped massively, but the location of the house which was 10m from the beach played a big part too. It meant we could pop back and forth during the day, (always handy for toilet stops and extra snack grabbing) and enjoy numerous evening strolls.

The kids loved being on the beach and really enjoyed all the simple pleasures it has to offer; rock pooling, sea glass/rocks/shell hunting and the obligatory sand castle building! Not only that but they seemed to share John’s love of simply digging holes and damning water! To say John was in his element is an understatement! It was also lovely to see Miss Edith being so inquisitive and asking lots of questions about the things she was seeing. They ranged from “How do you get waves in the sea” to “where do limpets come from!” The first one in particular required John’s input! 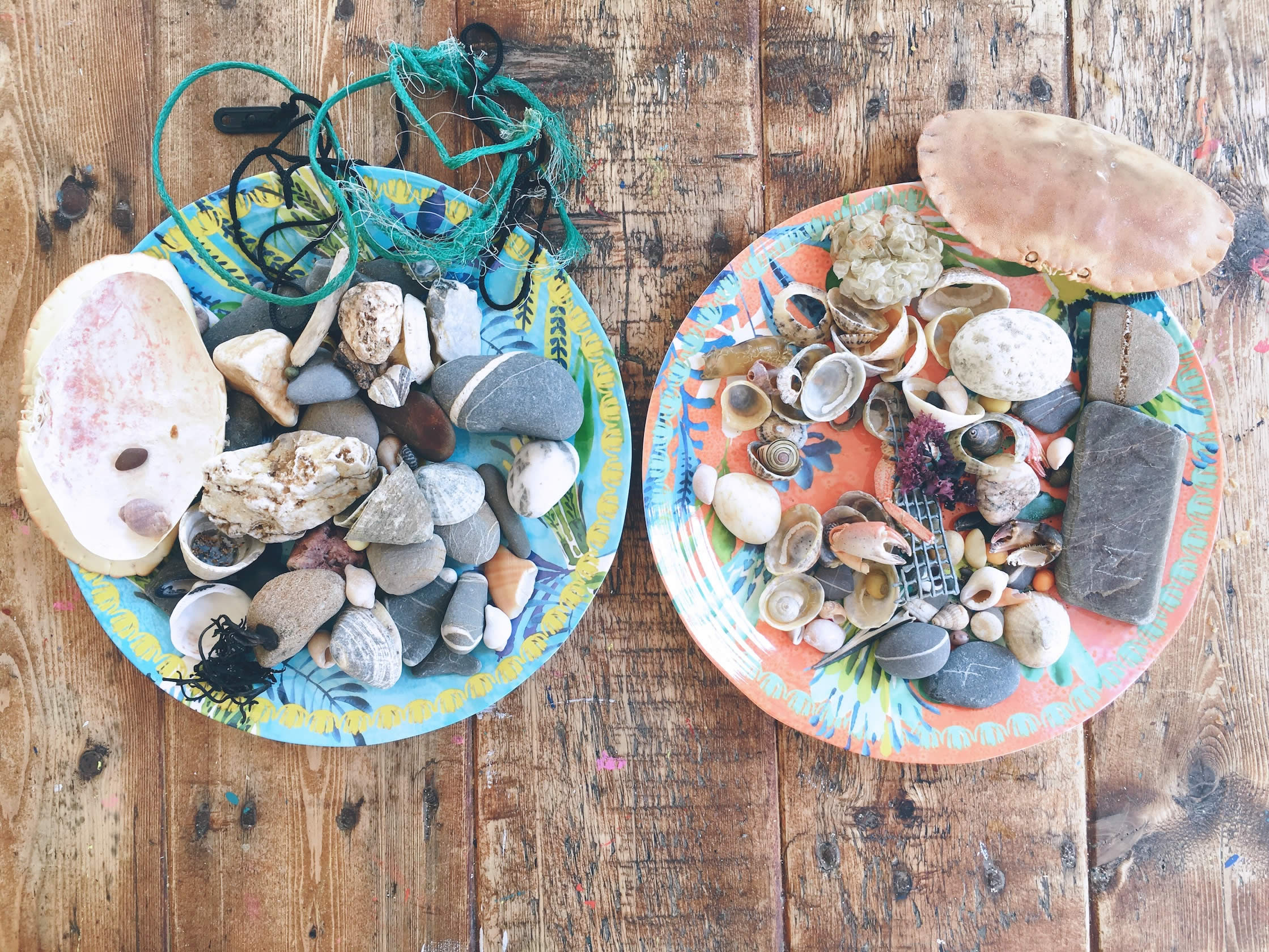 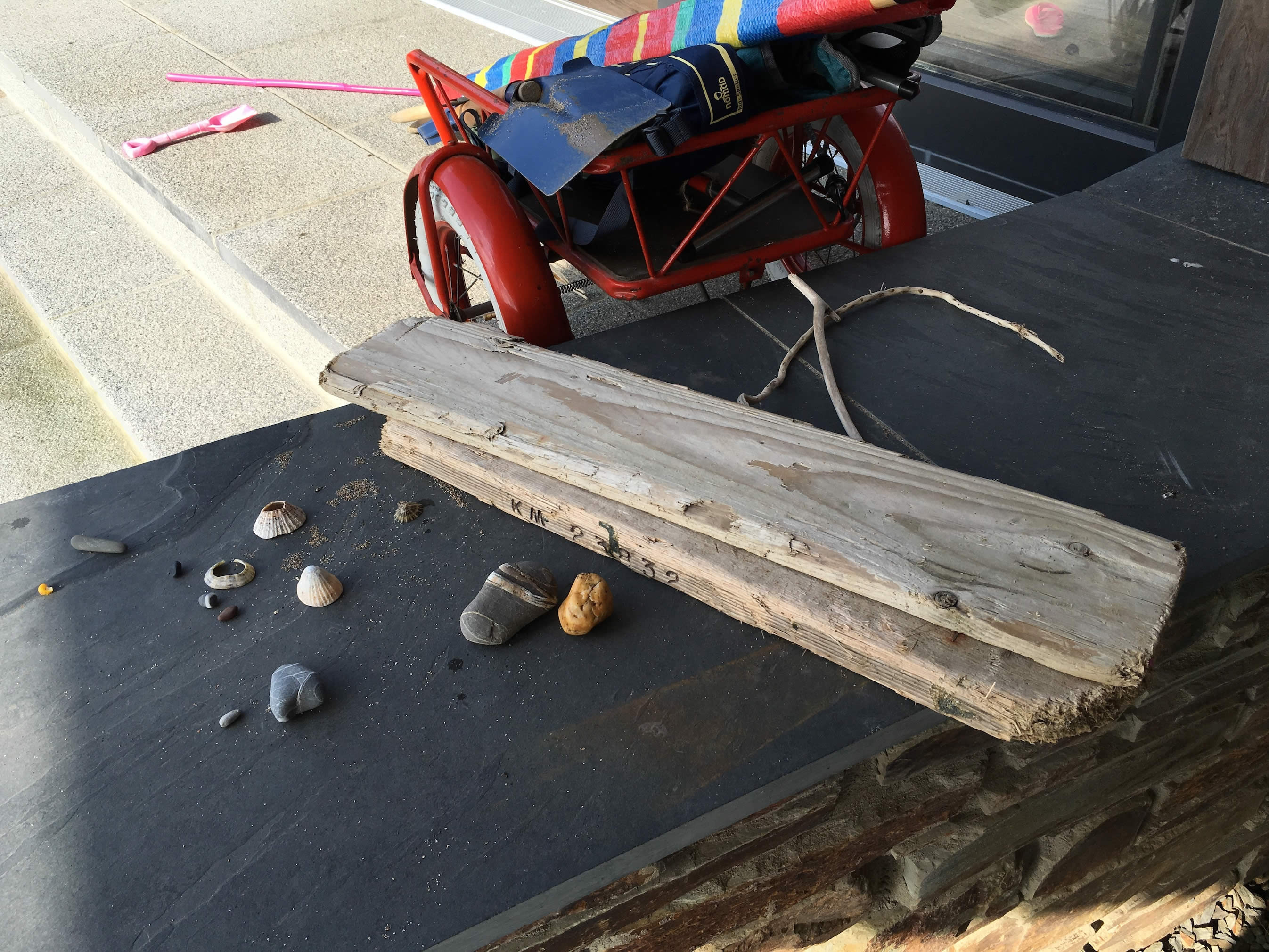 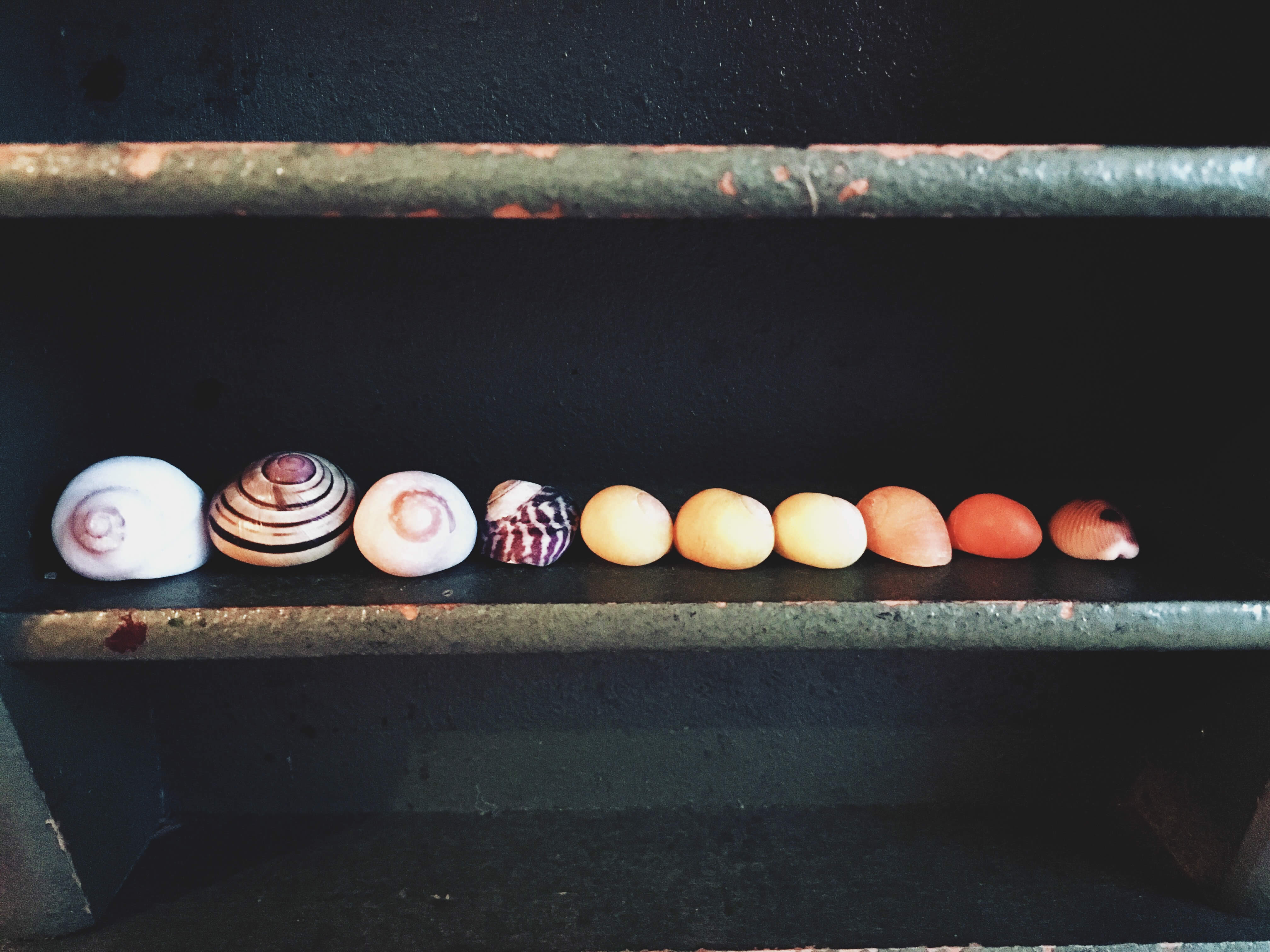 We found so many great things on the beach and in the sea and of course the daily challenge of how much sea glass we could find lived on! Not to bore you, but I was particularly thrilled when I spotted a rare bit of blue sea glass on day one and within about half an hour of being on the beach. I have gone a whole holiday without finding this illustrious colour, so I was obviously thrilled and gloated for some time. My gloating came to an abrupt end however when Kate (John’s mum) also found a piece and bigger than mine, outrageous!! 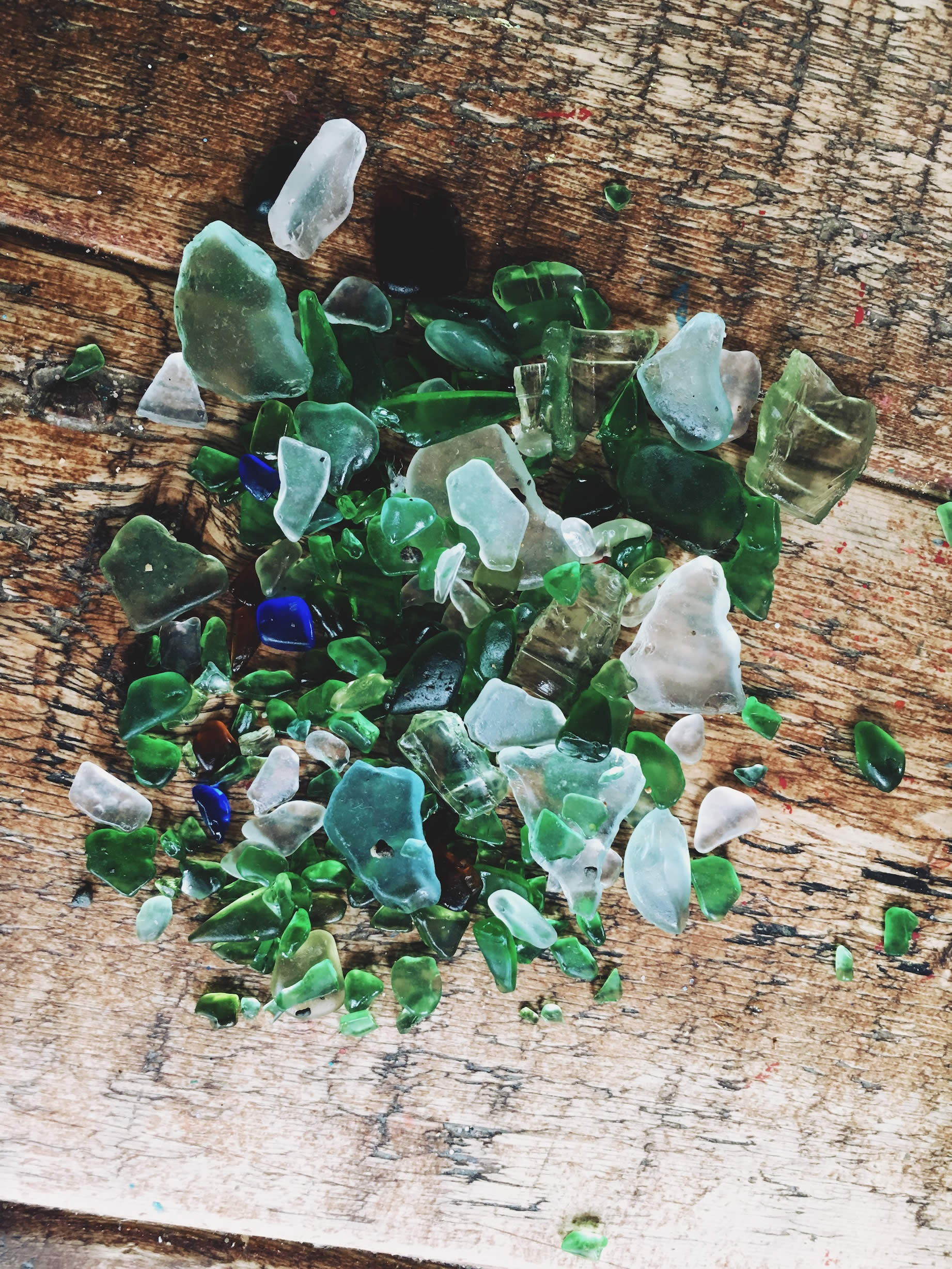 Another simple pleasure was enjoying a different ice cream flavour each day. Maggie chose to stick to the familiar caramel, like me she doesn’t generally veer to far away from what she likes! Edith on the hand hand went wild and was always looking for a new flavour to try. Bubblegum was a big hit, much to my dismay! John provided the carriage to and fro each day! 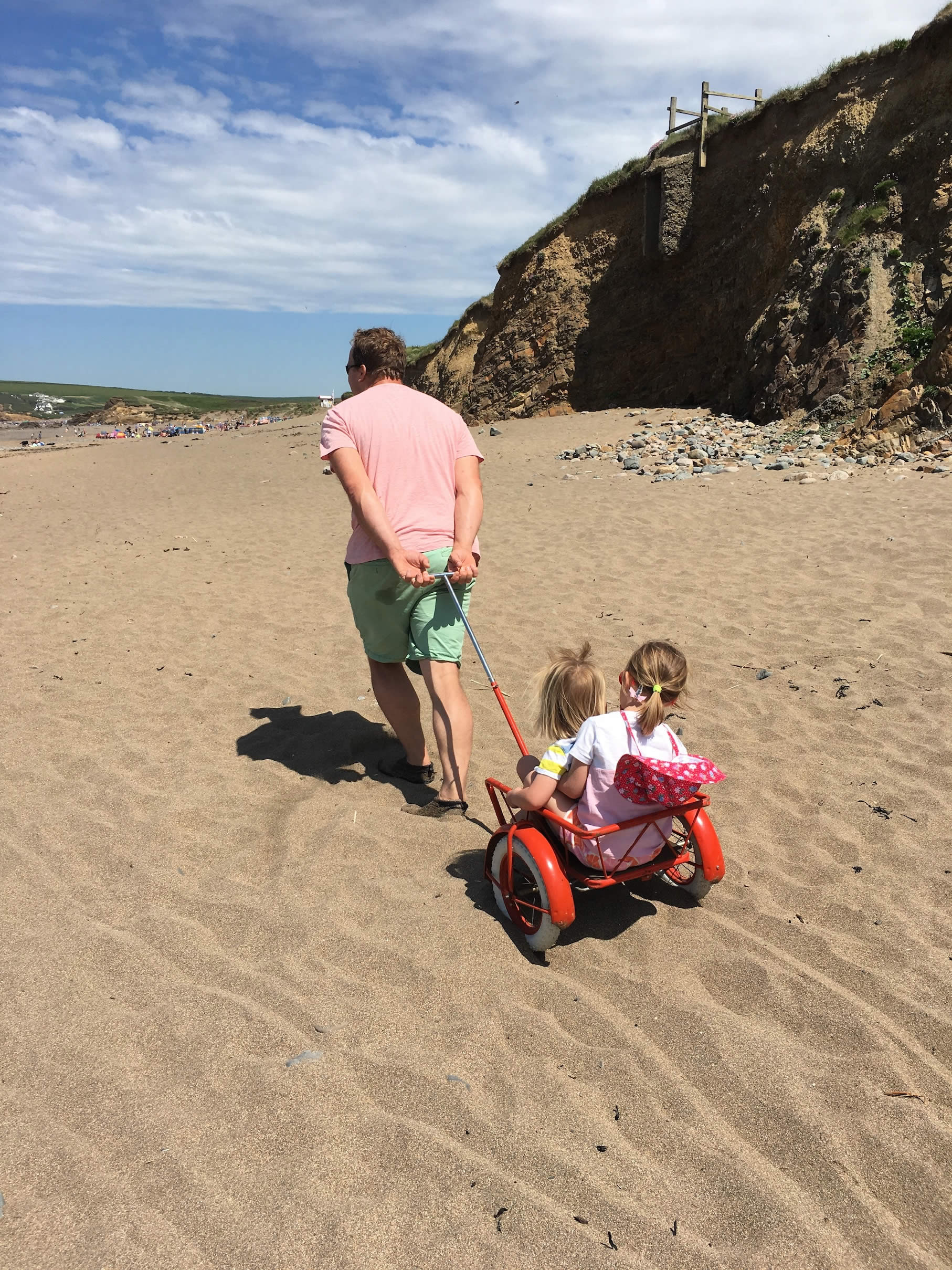 I also got to go on various runs along the coastal paths which was great and incredibly beautiful. They were however, very challenging due to the various inclines and descents and sand. I am not used to running in sand and it saps your energy at record speed. Good training for the old legs though and I managed to get some lovely pictures of the coastline. 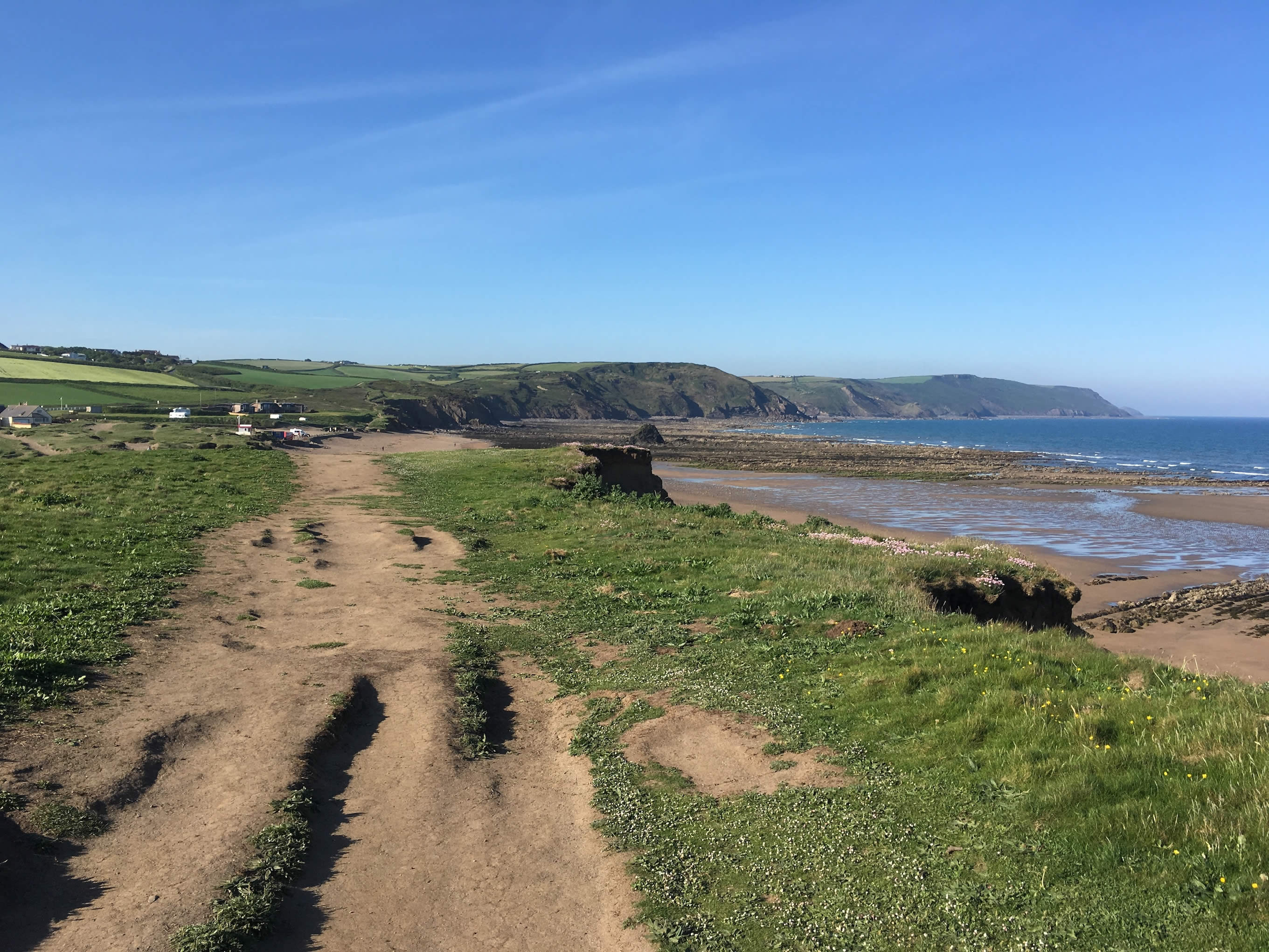 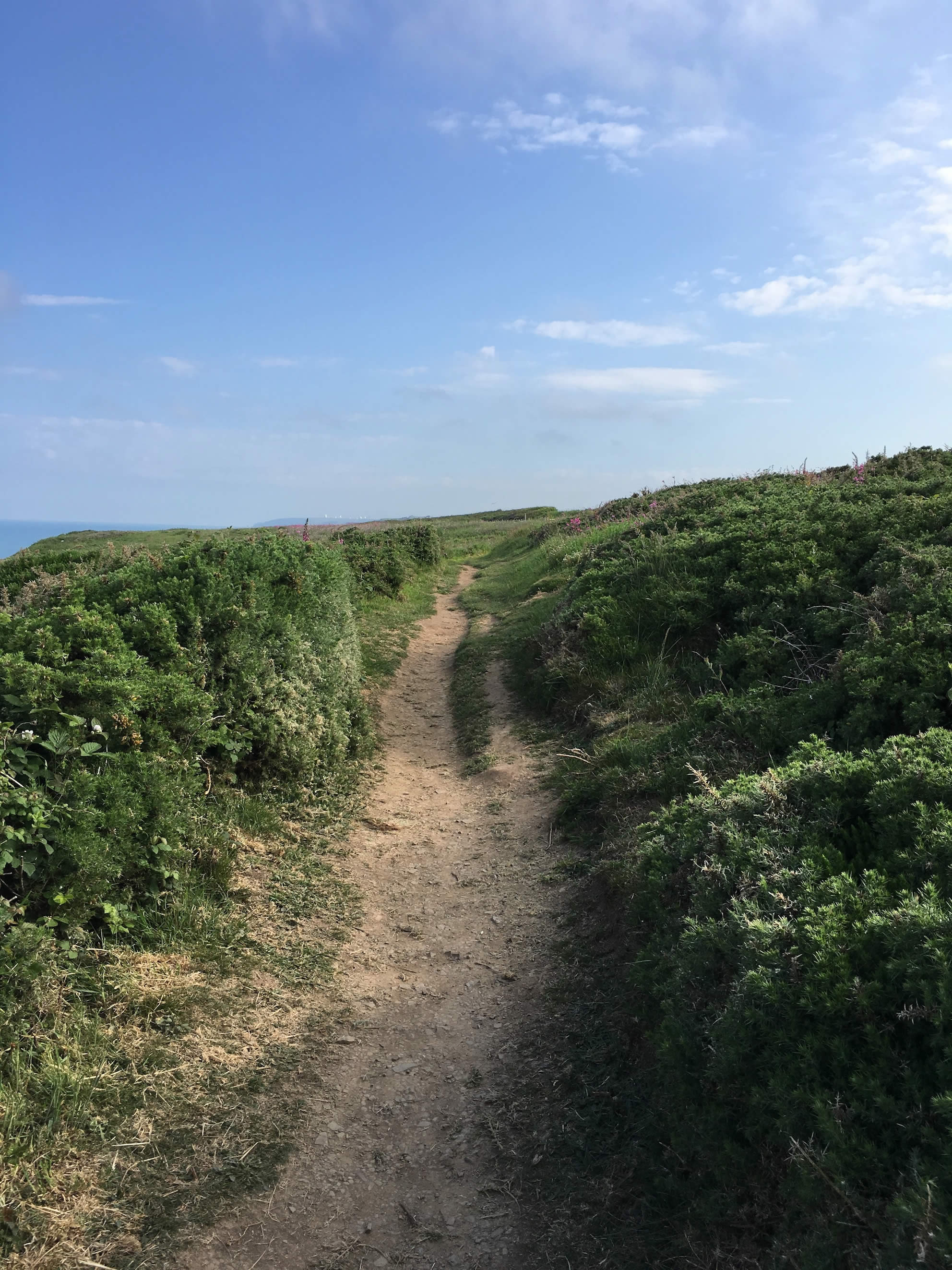 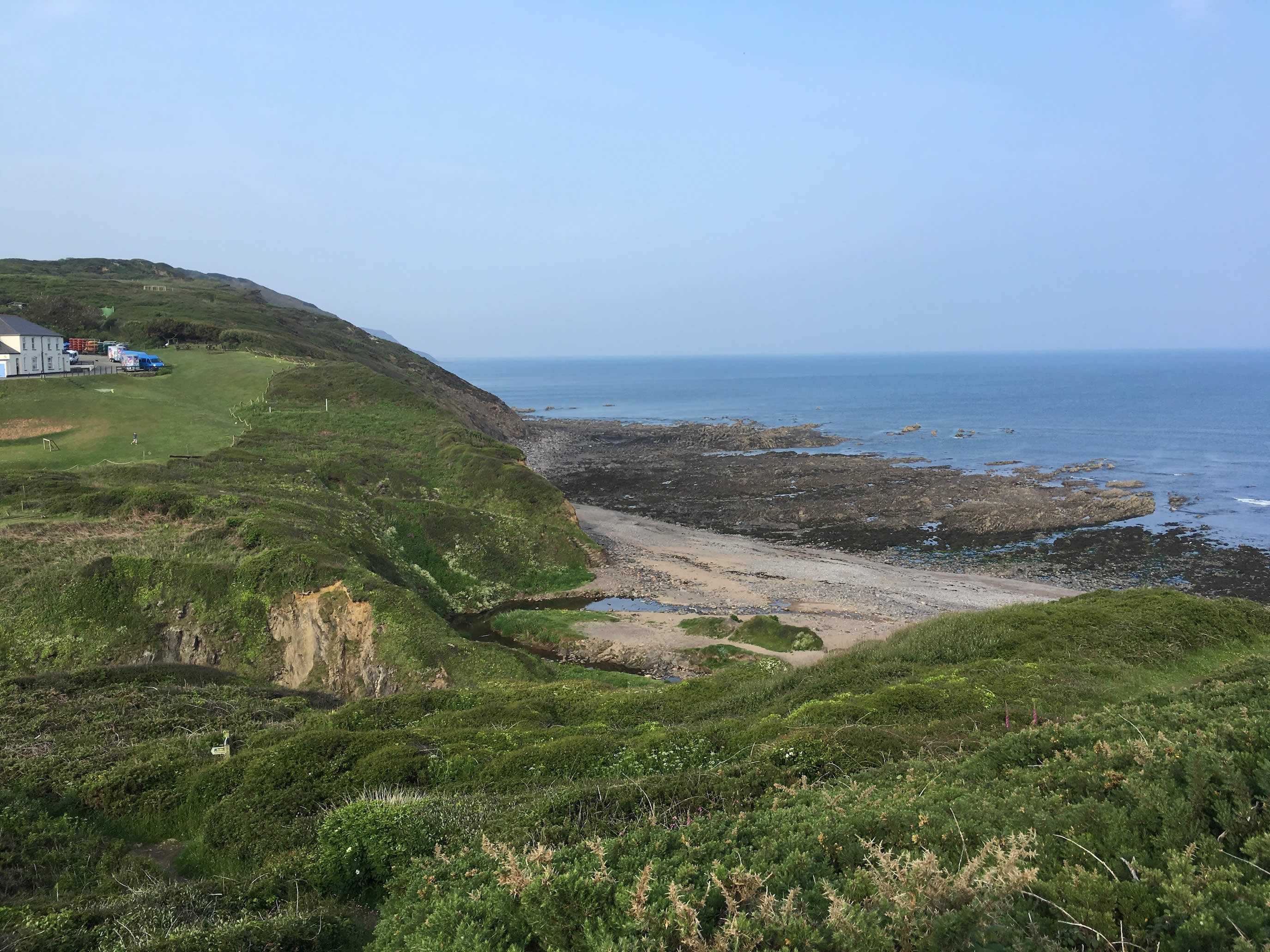 Food wise, we sampled the obligatory fish and chips and had many a picnic on the beach. Sand inevitably made its way into our diet, particularly Maggie’s who was quite partial to a hula hoop accompanied by it! John was desperate for some local Cornish dressed crab so that was consumed and enjoyed greatly. Edith even tried it but lets just say it’s not going to be a food staple just yet!

All in all it was a great week. A week where the simple things in life were enjoyed to the max and taken advantage of. It’s a holiday I hope the kids will remember and one we will do again very soon 🙂